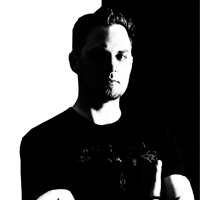 Having previously done an extensive series on Korea from 2008-2010 called “The Korea Years”  I am searching for a new inspiration now that I am back and will be here for some time.  I feel I want to explore a niche, possibly a subculture in Korea.  Last weekend I had an opportunity to photograph the band Magna Fall at DGBD in Hongdae, Seoul.  They were playing as part of a fundraiser for for a summer concert called Rock-Do organized by Exit Six.  Magna Fall is an American/Irish three-piece band based in Seoul, South Korea. The band’s style of music can be best described as classic rock mixed with a modern electronic twist.

We started the shoot in Hongik Park.  A very eclectic and interesting gathering point across from Hongik University where youths, bands, dancers, rappers, foreigners and vendors gather and party.  On any night you can find an energetic crowd gathered to drink and have fun.

Our next stop was the Venue itself.   Shooting in a small venue, with low light and multi-colored laser beams flashing around presented severe challenges.  I am also not a fan of the way flash lighting looks and was trying to avoid that flattened look.  For these reasons I shot mostly in B&W and I am pretty happy with the results.

I don’t think I want to photograph the Foreigner community as an Art project in Korea, but I did have a lot of fun taking these pictures for Magna fall.  And oh yeah, they rocked!

Fields marked with * are required